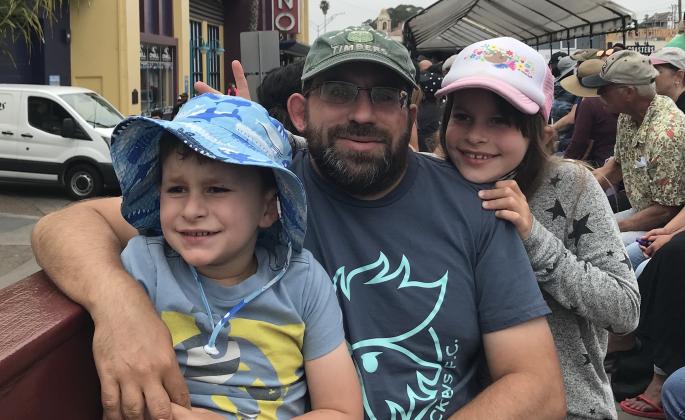 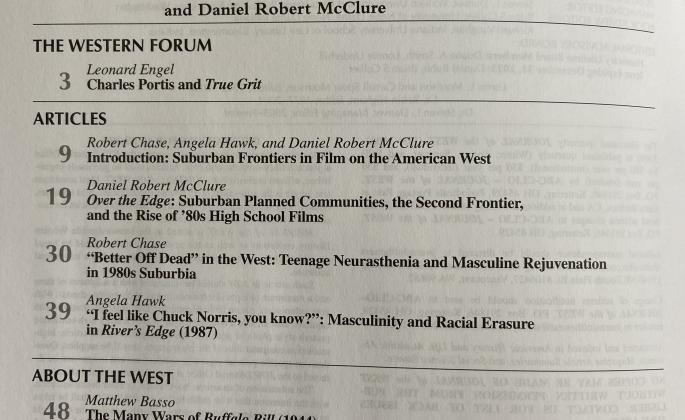 Robert Chase, a Lecturer in the History Department, has co-edited the most recent issue of Journal of the West, and published an article in the journal. His article, “’Better Off Dead’ in the West: Teenage Neurasthenia and Masculine Rejuvenation in 1980s Suburbia” argues that as Western films and TV shows became less popular among American adolescents during the 1980s, frontier mythology and tropes began appearing in other forms of popular culture, especially teen comedies. Focusing on the 1985 film, Better Off Dead highlights how frontiersmen ideals were a framing device used by filmmakers of the era to serve as the foil for angst-ridden 1980s teenagers. Themes such as the emasculating influence of modern society (the suburbs), and the redemptive cure of conquering the natural world are found throughout the genre. In the film, Lane Meyer, played by John Cusack, is a depressed teen beset by a continuing loss of self-confidence. Myriad challenges confront him, but it is through Lane’s efforts to master skiing the K-12, a deadly mountain, that he overcomes his paranoia and fear, allowing him to reclaim his masculinity and place in society. The frontier mythology informing the story suggests we must continue broadening our understanding of how such entwined ideas about frontiers and masculinity have continued to be disseminated through popular culture to new audiences and maintain their ubiquity in our collective consciousness.